I think is something not that unusual to see videos or posts that are US VS UK covers, te differences between them, which one is better than the other and all that stuff. I have to say that I quite enjoy them. The other day, walking on the street I saw in a bookstore a US book in the spanish edition and how the cover changed. That inspired this post!

What I’m basically going to do is show you an English cover and compare it to the Spanish cover, I will also tell you which one I prefer.

I hope you enjoy this post and lets start! 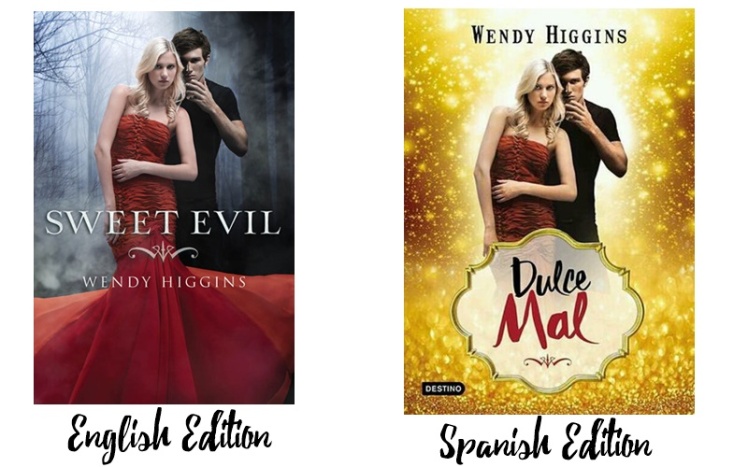 Why did they have to add all that glitter? As this question says, I prefer the English edition. The misty woods make the people stand out as well as gives some air of mystery. In the Spanish edition all that gold and glitter is just too distracting for me, I think more of a Hollywood thing than what the book is really about. I’m also not sure about the fonts and the way ‘Dulce Mal’ looks. So, I’m definitely going with the English edition.

I quite enjoyed this book though I have read it a while ago. Maybe I should re-read it some time. 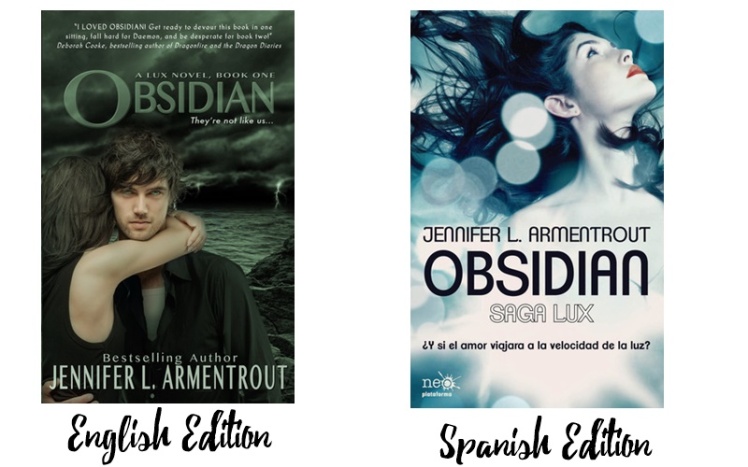 Talking about the book, I think this one was one of my first YA series and I love it so much! (read it a few years ago too)

I thought these covers were the same and I wanted to show that we had some English covers too, but looking now you can see a small difference. Her dress/armour has some gold in the Spanish editing and the hair is a bit lighter. These are almost the same and it’s just a detail, but I think I like more the English edition just for the contrasts.

I read this book and really enjoyed it! I thankfully have been avoiding spoilers of ACOMAF and I hope it stays that way until I read it 🙂

The English edition suggest much more blood and action than what the book really has. I definitely prefer the Spanish Edition, it makes me wonder why there is just a blue umbrella, makes everything mysterious and the weather just gives those emotions of suspense.

I didn’t enjoy this book a lot, and now I’m not in a rush to read other Stephen King book. 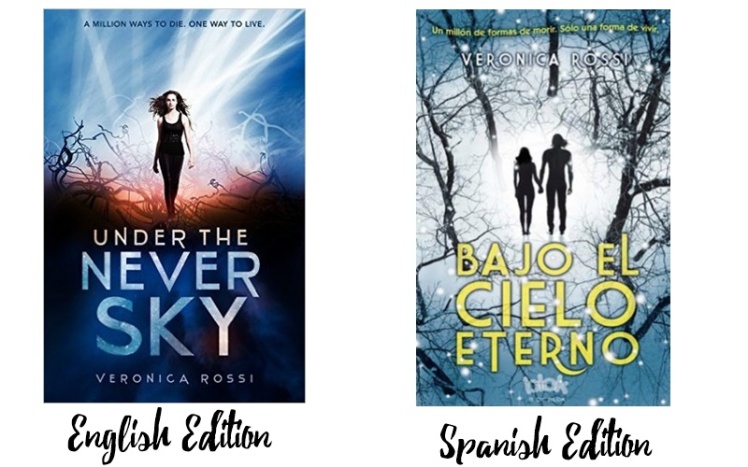 Last but not least this book. I prefer a lot more the English Edition. When I look at the Spanish one I just see a couple, some trees and snow and make me think of a romance book in a winter setting somewhere and some woods. When I look at the English one I see a woman who seems to be walking through something bad, and a lot of sky. I would say she looks kind of badass too.

About the book, I read this trilogy in the first week of 2015 and enjoyed it soo much, I think this is a highly recommended!

Let me know which covers you prefer! Lets discuss! Have you read any of these?