I have been wanting to start this series for a while but never got around to write it. I think now it’s time and we will see what happens!

Something that I have realised over many years is that not many people out of South America or even in South America know the basics of my contry. I thought maybe some of you found this kind of post interesting and I really hope you enjoy them!

These are just a few things that I think are the ‘basics’. Now, for this first edition of this series I wanted to introduce you to the city where I live, that is the capital city: Montevideo

Lets go to some places… 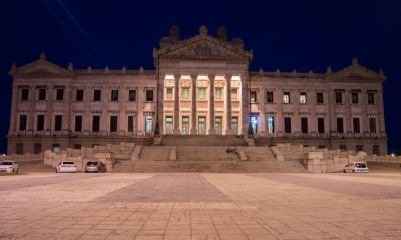 This is Palacio Legislativo. It’s a really beautiful place and that has a quiet, paceful library (which I love).

Here is where laws are approved and lots of political events happen.

I think it’s one of the most beautiful things we have in Montevideo. 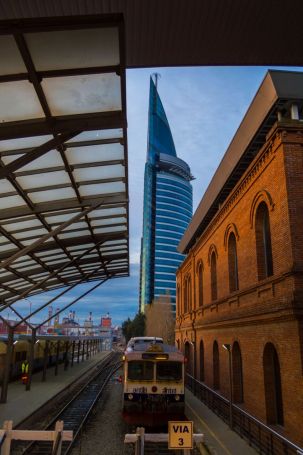 That sharp thing you can see in this picture is Torre de ANTEL or Complejo Torre de las Telecomunicaciones. It’s the highest building in all Uruguay, 158 m. The building has four parts, one of them being a museum of telecommunications, but its use is mainly as offices. The best thing of this building is that the 26 floor is a public lookout point and you can get some great views of the city and the coast. It was built in 2002 so we can say it’s pretty new.

Then, you can see an old train station and an old train. Here we don’t use trains,to travel from different points inside the country we use busses. But they look really pretty in photos plus the historic side of them 😉

This photo was taken in Plaza Independencia, it’s in Ciudad Vieja and it mainly divides what’s new and old in the city.

What you can see in the pic is Palacio Salvo and a monument of one of the most important people that were in the independance process. There are many discussions about his role and purposes but anyway from school we know who he is and I’m talking about Artigas. Below the monument is mausoleum where his ashes are. They are protected by ‘Blandengues’, a militar unity that had its origins when the Spnish were colonising the region. 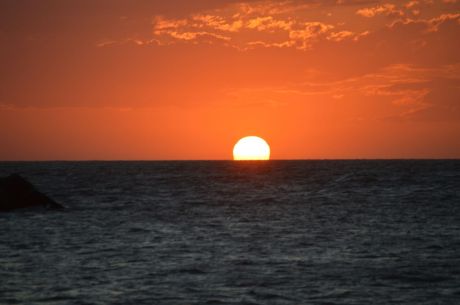 Lastly, I have to show you the coast with its many beachs. It can always be a great place to walk, talk, be with friends, enjoy the sun or whatever way you want to use it.   We mostly use it in the summer and as a place to be with friends or just be for a while.

There are other places I would like to show you, I don’t usually think of the places we have but this is a good opportunity and I would love to share them with you.

Before this post ends I would like to thank my friend Agustin from @safetypic. All the pictures you saw were taken by him and he kindly let me use them so, thank you again!