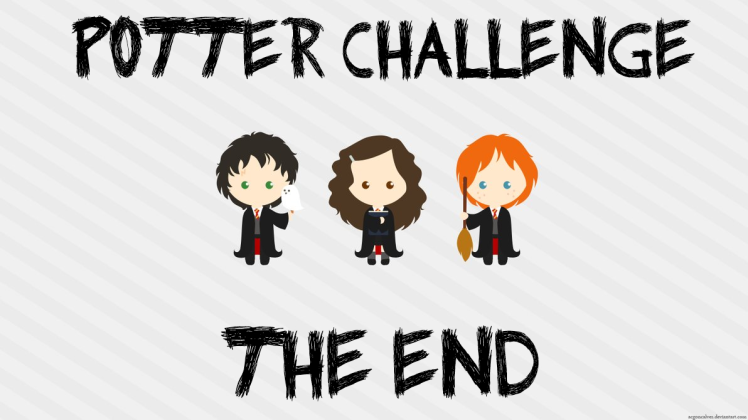 As with everything, the end came. Sara and I have finished the Harry Potter series and we are happy/sad. For our latest post we decided to share book thoughts (as always), our experiences and our patronus!

First of all, I’m leaving here our past posts if you want to check them:

I enjoyed talking with Sara, sharing ideas (and when we didn’t have them 😂), writing these fun posts that were a great way to finish the book.

My favourite one to write I think was Getting Fly like a Hybogriff, where I could talk about my favourite mythical creatures (I’m not saying magical because I mostly chose mythical ones).

The most difficult to write I think was Preparing for a Magical Job because I’m not even sure what I want to do with my life, I less know what I would want to be in a magical world! 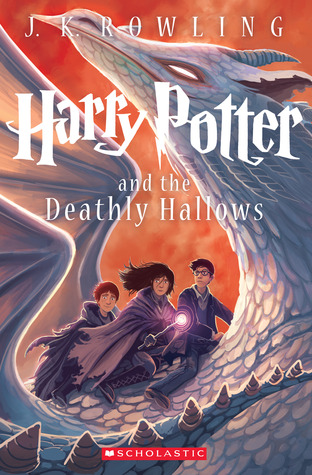 It’s no longer safe for Harry at Hogwarts, so he and his best friends, Ron and Hermione, are on the run. Professor Dumbledore has given them clues about what they need to do to defeat the dark wizard, Lord Voldemort, once and for all, but it’s up to them to figure out what these hints and suggestions really mean.

Their cross-country odyssey has them searching desperately for the answers, while evading capture or death at every turn. At the same time, their friendship, fortitude, and sense of right and wrong are tested in ways they never could have imagined.

The ultimate battle between good and evil that closes out this final chapter of the epic series takes place where Harry’s Wizarding life began: at Hogwarts. The satisfying conclusion offers shocking last-minute twists, incredible acts of courage, powerful new forms of magic, and the resolution of many mysteries.

Above all, this intense, cathartic book serves as a clear statement of the message at the heart of the Harry Potter series: that choice matters much more than destiny, and that love will always triumph over death.

So many things to say…
It was a perfect conlusion to an amazing series and now I can say that I understand why people love it so much.
This was full of action and relationships, emotional moments mixed with life-changing decisions.
One of the things I loved is that destroying what Voldemort was and meant to the world was not just something Harry made alone. Yes, he was the one that destroyed him at last but it was a team work. It’s great to see the rol friends have in this book and story in general.
This might be a disappointment to some but… I can’t see why people love Drako or Snape. At least with Snape we know why he did what he did, his story but it isn’t an excuse. I don’t hate him tho.
Overall, for me it was a great story, I enjoyed it a lot and I know I’ll re-read it in the future.

I have to say that I’m 17 years old and this was my first time reading this series. And I’m happy I waited. Yes, the first and maybe the secon book are middle-grade, but the others and as the serie continues, I’m not sure I would have appreciated them being younger. I think this was the right time to read them.

Buddy reading this with Sara, working with her in these posts was great. First, talking with her through the books, sharing my thoughts made me appreciate more the scenes and characters. Maybe details I wouldn’t have noticed, I could see them and discussing things with other was so fun! Secondly, working with other blogger, sharing ideas for posts, what we liked and not, was great. I think we had a great time these past months with this experience. And third, I think I have a great blogger friend!

Then we have the movies. Once we finished a book we watched the movie. Maybe someone will want to throw things at me but I have to say that I liked and enjoyed the mvies. As we all know, is an adaptation, of two hours, they can’t get everything that the book has into the movie. However I thought they left the main things and scenes. They changed things, yes. I would have liked to see some scenes but I didn’t, yes. But, for me, they aren’t bad adaptations.

“Happiness can be found, even in the darkest of times, if one only remembers to turn on the light.”
― J.K. Rowling, Harry Potter and the Prisoner of Azkaban

“Understanding is the first step to acceptance, and only with acceptance can there be recovery.”
― J.K. Rowling, Harry Potter and the Goblet of Fire

“You care so much you feel as though you will bleed to death with the pain of it.”
― J.K. Rowling, Harry Potter and the Order of the Phoenix

“We’ve all got both light and dark inside us. What matters is the part we choose to act on. That’s who we really are.”
― J.K. Rowling, Harry Potter and the Order of the Phoenix

“Age is foolish and forgetful when it underestimates youth.”
― J.K. Rowling, Harry Potter and the Half-Blood Prince

“Do not pity the dead, Harry. Pity the living, and, above all those who live without love.”
― J.K. Rowling, Harry Potter and the Deathly Hallows

A few days ago Pottermore launched a Patronus test. Of course I did it….. 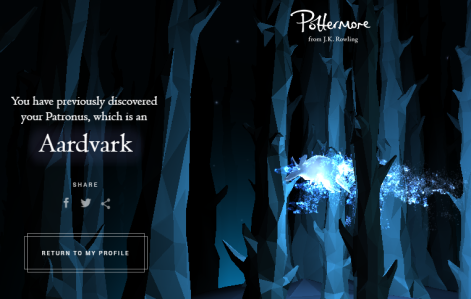 If you are like me, and everyone I tel… what is an Aardvark? 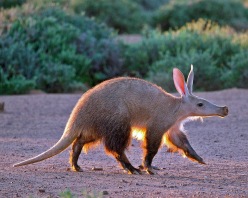 Aardvarks live throughout Africa, south of the Sahara. Aardvarks are nocturnal. They spend the hot African afternoon holed up in cool underground burrows dug with their powerful feet and claws that resemble small spades.

They are not considered common anywhere in Africa, but due to their large range, they maintain sufficient numbers.

This is all for the Harry Potter series. I still have to read the short stories and Cursed Child but that will happen in the future.

How was your Harry Potter experience? If you haven’t read them, do you plan to?