Remember these are just my thoughts and my opinions. Maybe we agree or maybe we don’t. Share with me your opinion! Respect everyone and other opinions. 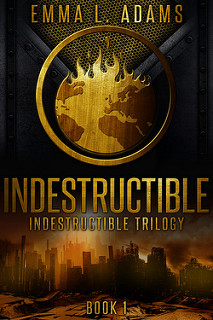 Blurb:
Two years ago, the fiends invaded, with a devastating explosion that split the world in two. Even now, energy blasts strike without warning, destroying everything in their paths. The fiends hunt anyone unlucky enough to escape.

My name is Leah. An energy blast killed my group. It should have killed me, too. Instead, I woke up alone in the wilderness, stalked by the fiends.

My only hope is the red-cloaked strangers who call themselves the Pyros. They can do the impossible and make flames shoot from their hands. Right now, my one chance for safety — and revenge — is with them.

But they’re keeping secrets from me. Like those skeletons hidden under their base. And the reasons I developed a psychic link with someone who can’t stand the sight of me — after he saved my life.

If I don’t uncover the truth about why the world ended the first time, my new safe haven might go up in smoke…

You can find Indestructible on Goodreads

You can buy Indestructible here:
– Amazon 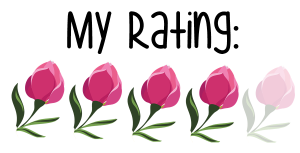 The Writing:
I liked the writing. This was easy to read and fast paced.
We read all the book from Leah’s POV, which is great, but I definitely want to be in Cas’s mind and read his POV.

The Story:
While reading this I had The 5th wave vibes. Which is not bad, and if you liked that book I would say you might like this.
If you expect some romance,you will not find that. Which is kind of weird because we are used to that,but I didn’t miss it. There is so much going on, you try to know more about the situation and you just don’t think in the romance. But, I must say I think there is the beginning of a romance. There are some hints here and there but it’s not the main thing.
This world has aliens,crazy human and Pyros. I liked the concept of Pyros, these super-more-than-human that have super-strength, super-speed and can control fire.
There are lots of fight scenes and action.
As you might have guessed from my rating, I liked the story and all its components.

The Characters:
•Leah: She made me think of Tris from Divergent sometimes. I think these two characters have things in common, just a few, but they are different. I liked this character. She is down to earth and cares for other people. She tries to do her best. At the beginning, she knows nothing about fighting and she considers going into the fight but then she realises it wouldn’t be a good thing and just does what other partner said. And that was great because she wasn’t stupid. I just said that and I have no regrets. Then in the book she learns to fight and other things and she becomes kind of reckless (which was kind of exasperating) but at least she knew how to fight.
•Cas: He was mysterious. We don’t really know him and has this bad attitude all time. But once you find out his past and story you understand him better. He was worried for others and there are these little moments when he shows that he is not this iron-man.
•There are other characters such as Nolan, Elle, Jared, and Murray which are part of this story too.

Over all this is a good sci-fi, dystopia,post apocalyptic book, easy and fast paced read, with an interesting world and good characters.
If you enoyed The 5th Wave, I think you might enjoy this.

«Humans could once fly. Now all we can do is run. 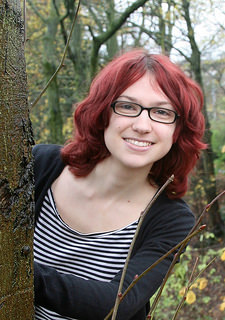 About the Author:
Emma spent her childhood creating imaginary worlds to compensate for a disappointingly average reality, so it was probably inevitable that she ended up writing speculative fiction. She was born in Birmingham, UK, which she fled at the first opportunity to study English Literature at Lancaster University. In her three years at Lancaster, she hiked up mountains, skydived in Australia, and endured a traumatic episode involving a swarm of bees in the Costa Rican jungle. She also entertained her creative writing group and baffled her tutors by submitting strange fantasy tales featuring dragons and supernatural monsters to workshops. These included her first publication, a rather bleak dystopian piece, and a disturbing story about a homicidal duck (which she hopes will never see the light of day).

Now a reluctant graduate, Emma refuses to settle down and be normal. When not embarking on wild excursions and writing fantasy novels, she edits and proofreads novels for various publishing houses and reads an improbable number of books. Emma is currently working on the Alliance series, a multiple-universe adult fantasy featuring magic, monsters, cool gadgets and sarcasm. Her upper-YA urban fantasy Darkworld series is published by Curiosity Quills Press. 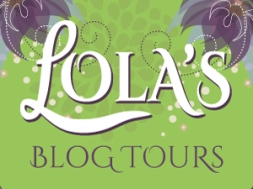